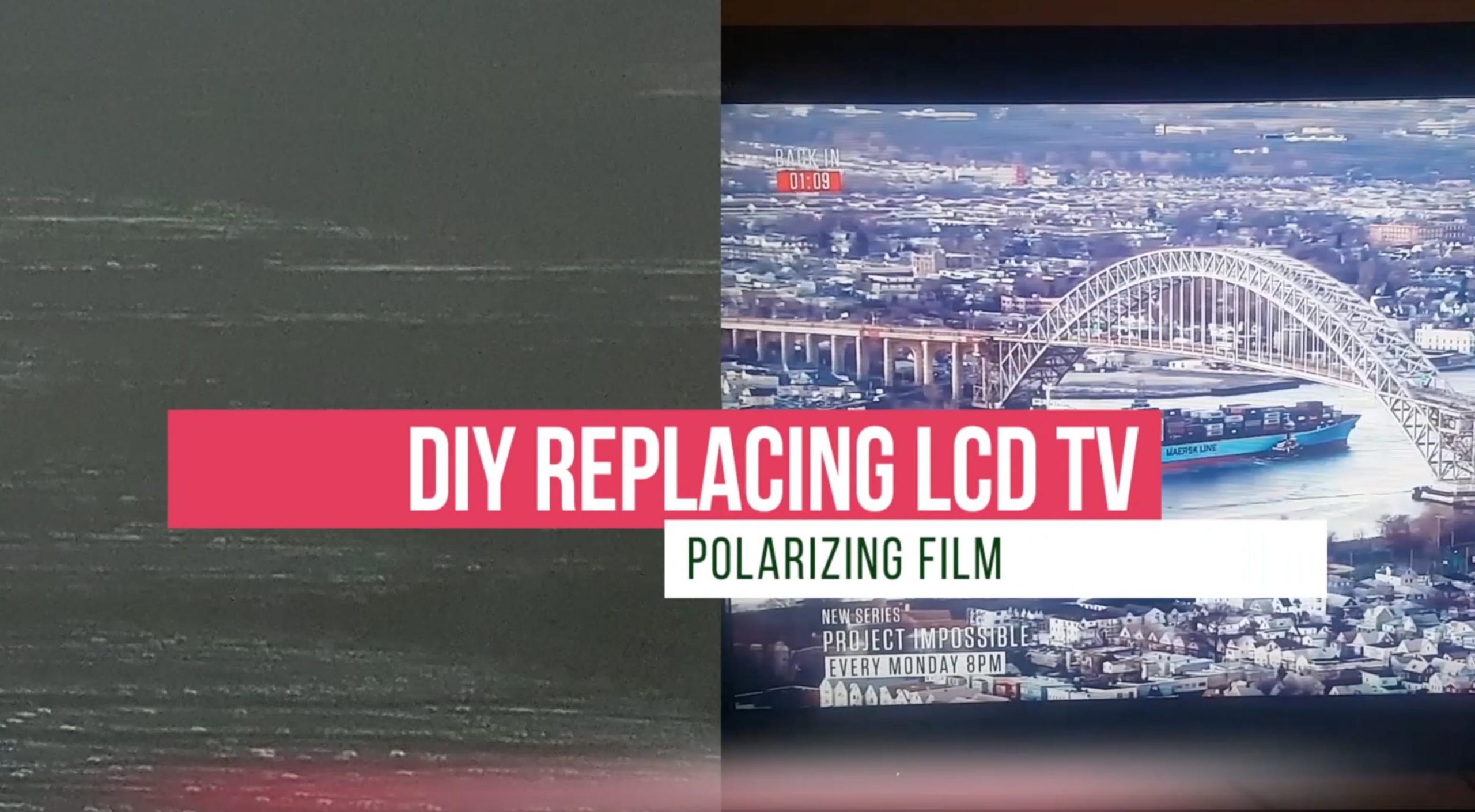 After 7 years in 2015 Sony BX 300 turned into an unwatchable TV set due to its burnt screen. When it was taken to the service center they had asked to change the display which costed around 14,000 Rs. Instead repairing i let it lay down and upgraded to Samsung Smart tv. After few years i tried to swap the display with a Haier tv but that went south.

On a boring tuesday night stumbled across an email titled “Sony 32″ LCD Display Problem|| screen polarizer Film issue “ which was the exact issue with my TV so i replied back to Ashok Kumar. As we chatted i was enlightened that the problem was due to polarizer Film and that can be replaced. After watching the youtube video my weekend DIY project was scheduled.

Reached Coimbatore and took Sony BX 300 and started the process.

Removed the Back panel and then removed the speakers.

Removed the front frame and removed the steal shield around the Display.

From one conner i tried to removed the film however it did not come completely. With a sharp blade i started carefully removing small pieces with gentle scoop. This went on for almost 2 hours and now it had adhesive on it.

I used Colin and Thinner to wipeout the adhesive for stubborn parts i used blade.Glass was clean when i switched on display was bright grey in colour without any picture.

You have to remove plastic and stick the film without any bubble. Once ready if you believe in god pray and start applying, i would strongly recommend an additional help here. I goofed up completely i had large bubbles all over the screen with continuous smoothing it became less visible. Got back all the parts and plugged it. Sony was back in the game.

How i managed to power up Yamaha HTR 2064 again

Fluidic Verna a ride to cherish